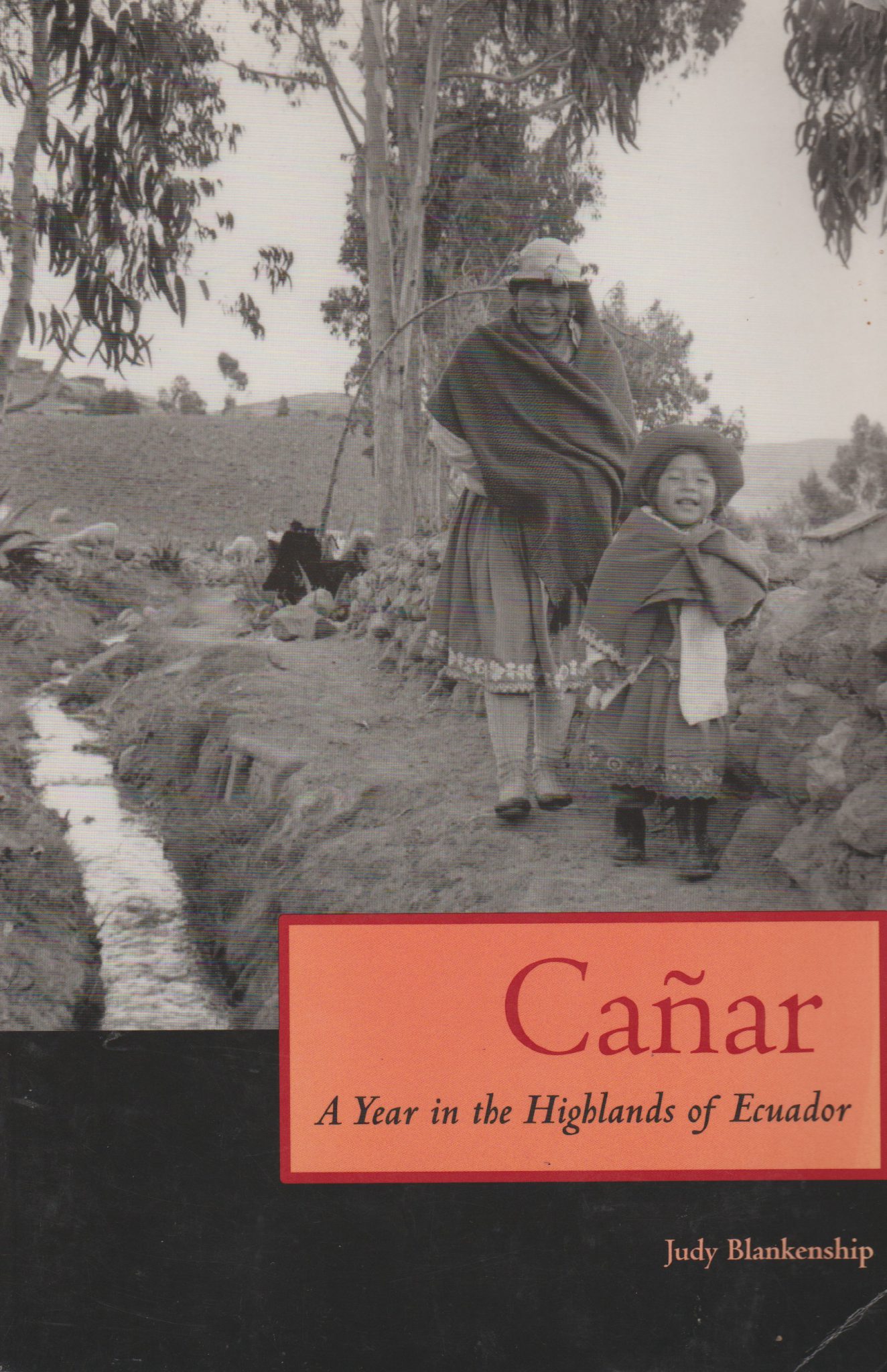 “Once isolated from the modern world in the heights of the Andean mountains, the indigenous communities of Ecuador now send migrants to New York City as readily as they celebrate festivals whose roots reach back to the pre-Columbian past. Fascinated by this blending of old and new and eager to make a record of traditional customs and rituals before they disappear entirely, photographer-journalist Judy Blankenship spent several years in Canar, Ecuador, photographing the local people in their daily lives and conducting photography workshops to enable them to preserve their own visions of their culture. In this engaging book, Blankenship combines her sensitively observed photographs with an inviting text to tell the story of the most recent year she and her husband Michael spent living and working among the people of Canar.

Very much a personal account of a community undergoing change, Canar documents such activities as plantings and harvests, religious processions, a traditional wedding, healing ceremonies, a death and funeral, and a home birth with a native midwife. Along the way, Blankenship describes how she and Michael went from being outsiders only warily accepted in the community to becoming neighbors and even godparents to some of the local children. She also explains how outside forces, from Ecuador’s failing economy to globalization, are disrupting the traditional lifeways of the Canari as economic migration virtually empties highland communities of young people. Blankenship’s words and photographs create a moving, intimate portrait of a people trying to balance the demands of the twenty-first century with the traditions that have formed their identity for centuries.”