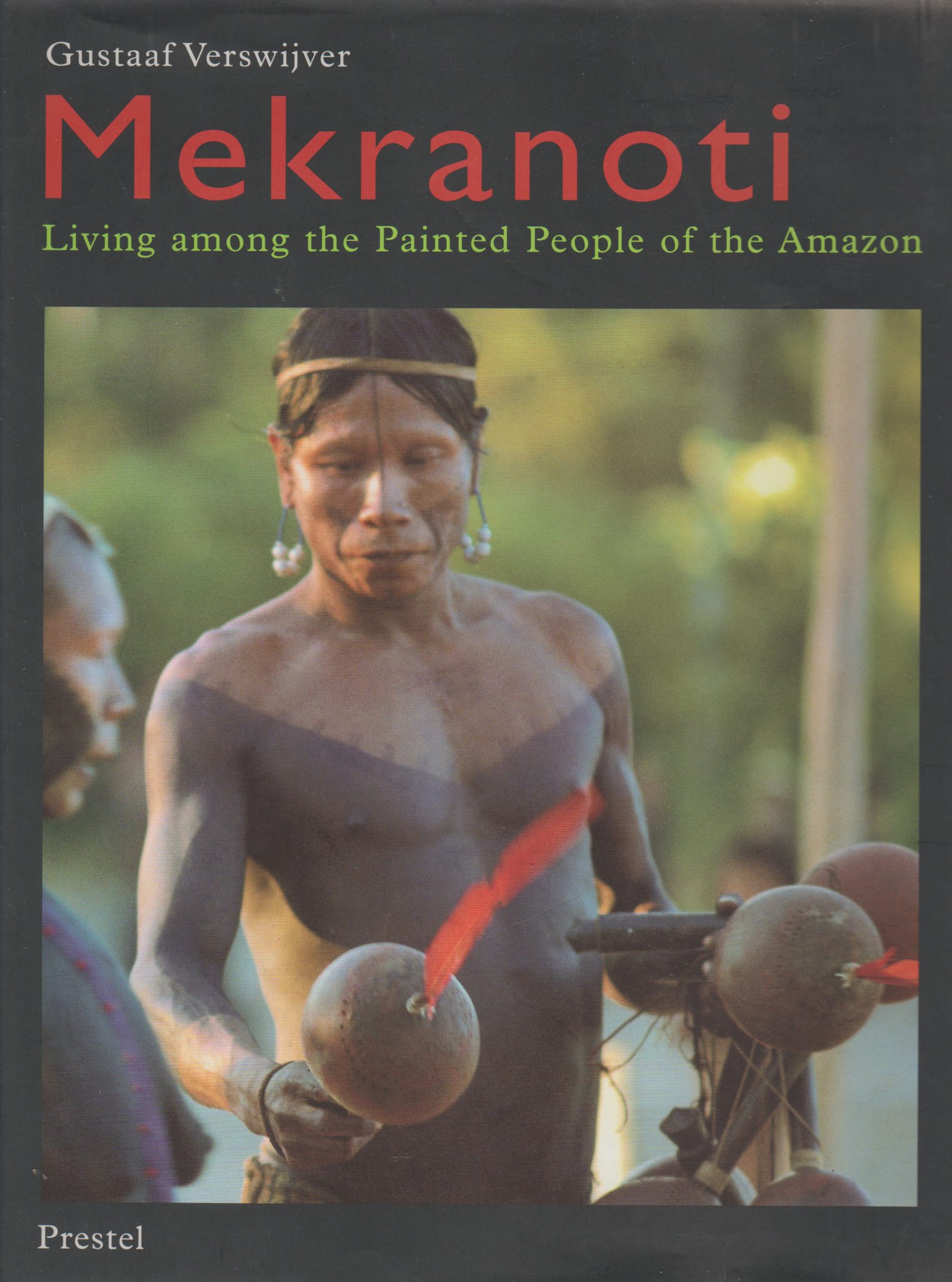 – Living among the Painted People of the Amazon –

“Having paid an exorbitant fee to the only bush pilot willing to fly into the largely uncharted reaches of the Amazonian rain forest, Gustaaf Verswijver boarded a light plane in a small town in Brazil and headed for the Mekranoti. Without so much as a return ticket, the young Belgian anthropologist was finally on his way to realizing a dream. He had waited years for the opportunity to study one of the most remote peoples on earth, the Mekranoti, the remaining members of a trible group living on the central Brazilian plateau. At that point, Verswijver knew little abut his subjects – not even their language.

Mekranoti: Living among the Painted People of the Amazon vividly describes Verswijver’s dawning realizations about the people he had elected to study. The narrative, based on his journal, is illustrated by his own stunning and atmospheric photographs, chronicling three years of life – and death – in the tropical rain forest.

In place of clothing, the Mekranoti cover their bodies with elaborately painted motifs. Through Verwswijver’s absorbing narrative, and through the eye of his camera. we join them hunting small mammals, large tortoises, and the occasional jaguar, and fishing in rivers, often several days from the village, we study the day-to-day living and seasonal activities, celebrations, and ceremonies.

Living simply in the jungle, the Mekranoti accept Gustaaf Verswijver with kindness, observing him with patience and humor as he learns their language and social habits, and finally adopt him formally into the family of their chief. Only gradually dos he realize that he is the last witness able to give a living account of a culture that is on the brink of extinction.”