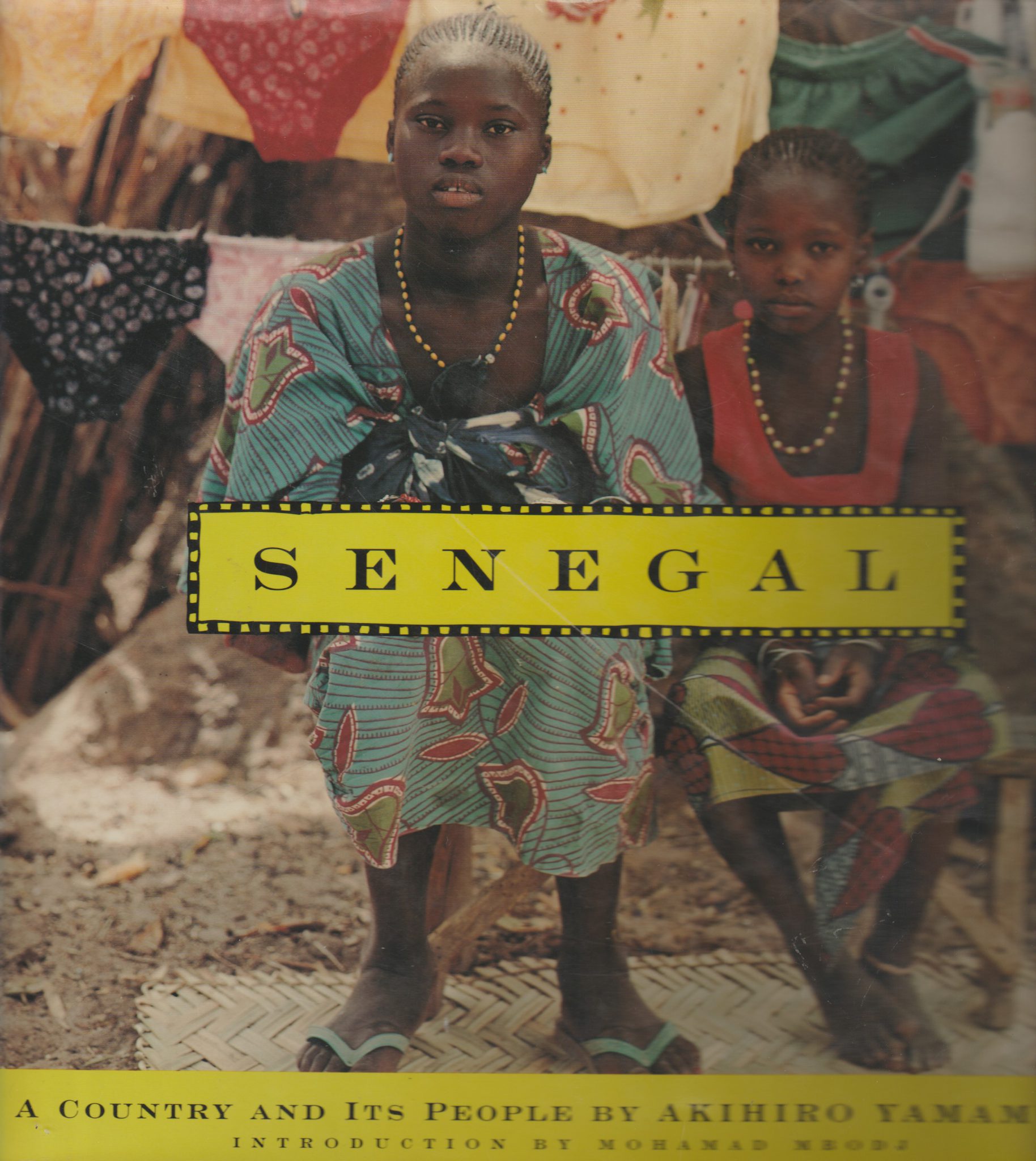 – A Country and its People –

“A country of singular vitality and visual splendor, Senegal is the westernmost African nation. It is steeped in rich traditions, and at the same time, is thriving in the present. Senegal has drawn Europeans to its shores over the centuries, and was strongly influenced by the French, who once ruled it. Having folded European culture into its own, it has become a uniquely rich society where differences dovetail and harmony reigns.
Akihiro Yamamura’s photographs create a window into this stunning land. They capture Senegal’s lush blend of village life, landscapes and seascapes. And they reveal the country’s age-old artisanry and industry, including tie-dying techniques, fishing, and salt collecting at the wondrously tinted Pink Lake. Depictions of daily living are complemented by penetrating portraits of the Senegalese people. Men and women appear, dressed in magnificent tie-dyed ”bubus,” with proud and piercing stares.
A grandeur, an intimacy and a sense of lives fully lived emerge in these remarkable potraits. In Senegal, you will taste the myriad flavors of a majestic, industrious African nation, and feel the depth and dignity of its people.”