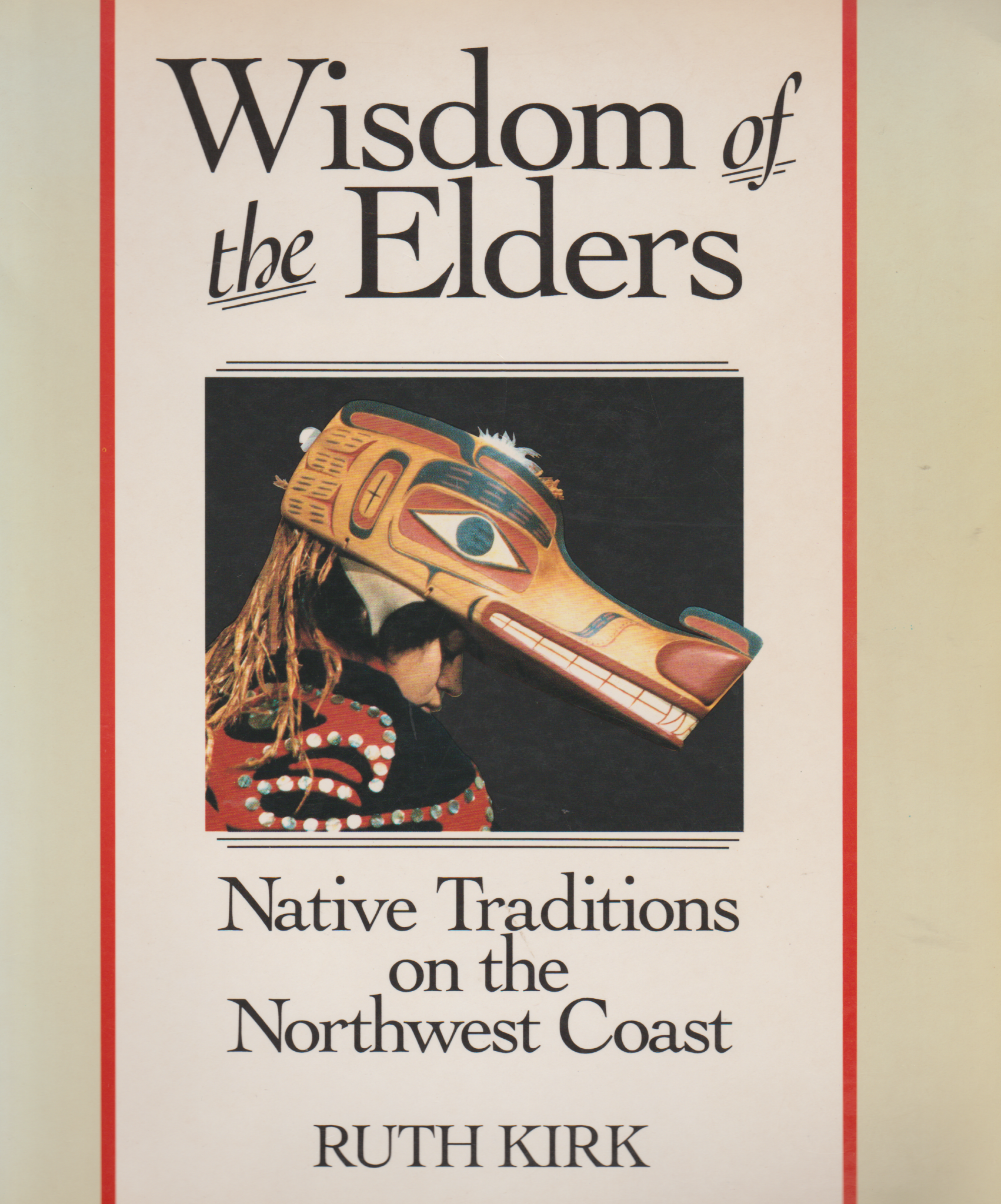 – Native Traditions on the Northwest Coast –

“Native elders are living links to the past. Their vivid memories have the vitality, immediacy and authenticity of those who have experienced the transition from traditional ways to the new. In the short space of two generations, they have gone from travelling the coast in canoes to flying in floatplanes.

The Nuu-chah-nulth (Nootka), Southern Kwakiutl and Nuxalk (Bella Coola) are the focus of this book. Although these native groups speak different languages, they have close cultural ties.

In many ways this book is a native chronicle about being native. First-person accounts recall every facet of traditional life: the complex society based on kinship, rank and the potlatch; ceremonials and religion; gathering food, hunting and fishing: native crafts; trade, travel and conflict; the environment, prehistory and archaeological discoveries; the arrival of Whites and the fur trade, followed by settlement, change and the loss of their lands.

Photographs – 160 in black and white, 40 in colour – and drawings present telling images of native people then and now, showing the links between them and their land.

This book was planned, developed and edited in co-operation with anthropologists at the Royal British Columbia Museum. In 1987, it received the Roderick Haig-Brown Award and the Washington State Governor’s Writing Award.”