However tall the mountain

“Awista Ayub has movingly captured the indomitable spirit of Afghan women in this chronicle of brave girls who risked persecution and worse to pursue the dreams of ordinary childhood. In doing what they love most in life – playing soccer – the girls become emblems of the fight for equality and human rights under the Taliban. Their story reminds us that there is always hope and possibility for a brighter future – even in the wreckage left by war and conflict.”

Awista Ayub was born in Afghanistan and immigrated to the United States in 1981. She founded the Afghan Youth Sports Exchange in 2003.
From February 2005 to January 2007, Awista served as the Education and Health Officer at the Embassy of Afghanistan in Washington, DC.
Awista received her Bachelors of Science in Chemistry from the University of Rochester in New York and received her Master of Public Administration from the University of Delaware.
Ms. Ayub has been featured in a number of national news publications and programs including ABC News – Person of the Week, ESPN, Glamour Magazine – Hero of the Month, CNN American Morning, New York Daily News, Sports Illustrated.com, the San Francisco Chronicle, the Washingtonian, and USA Today. 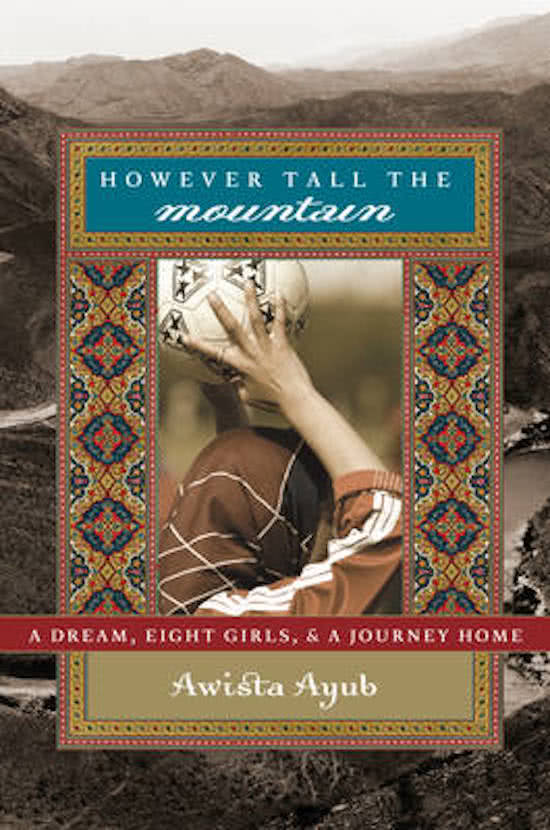