Glimpses into Life in Malayan Lands

“In his introduction to this reprint, John Hall-Jones – the author’s great-grandson – writes: ‘Glimpses into Life in Malayan Lands describes the experiences of a young Englishman, John Turnbull Thomson, while working as a surveyor in Malaya (1838-1841) and afterwards as government surveyor to Singapore (1841-1853). Written some years later in New Zealand, he is reliving his years as a youth surveying in the hot, inhospitable jungle of Peninsular Malaya.
Then only a lad in his teens his stories of crocodiles and tigers, and paddling up great rivers with only his Malaya servant for company, read like some tales from an adventure book. Out of necessity, and also as an interest, he soon learned to speak the Malay language fluently and as the only non-official European in the area he probably had a closer contact with the Malays than any of his fellow countrymen. As he records in his book, ‘I had free and unfettered access to the confidence and sympathies of the people.’ A penetrating observer, his comments on the grievances of the Malays make interesting reading … some of his observations are refreshingly frank.'” 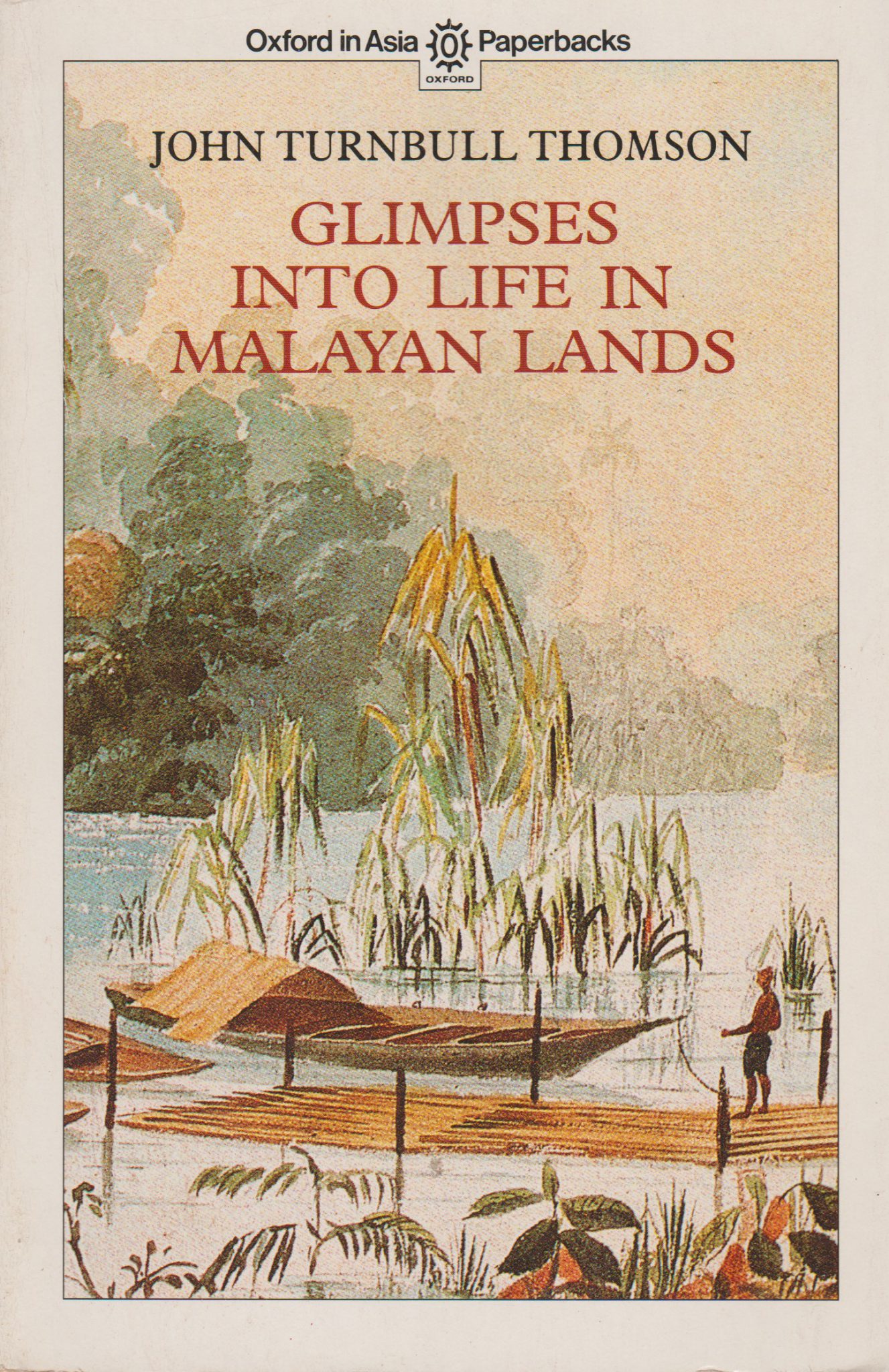