Written by Jill and Jimmy Walker

“This is the true story of a young Englishwoman who decided to leave the UK in the early fifties to seek her fortune as an artist, who bought a one-way ticket on a freighter to South America, who met her future husband on the very first night she arrived and who came to Barbados initially in 1956 because of a hurricane.

It is also the colourful story of how she and her architect husband, against all advice, embarked on building up a flourishing craft business, from their beautiful 19th century plantation house.

She has had numerous accolades, such as this one from a former British High Commissioner to Barbados and the Eastern Caribbean, ‘I have never seen the like for an accurate depiction of the local scene  combined with wit, affection, and that indefinable quality which distinguishes excellence from mere competence.”

On 1st January 2001 she was one of only 100 people to be presented with the unique Barbados Centennial Honour by the Governor-General, for ‘services to business and art’.”

Artikel over Jill Walker in Best of Barbados. 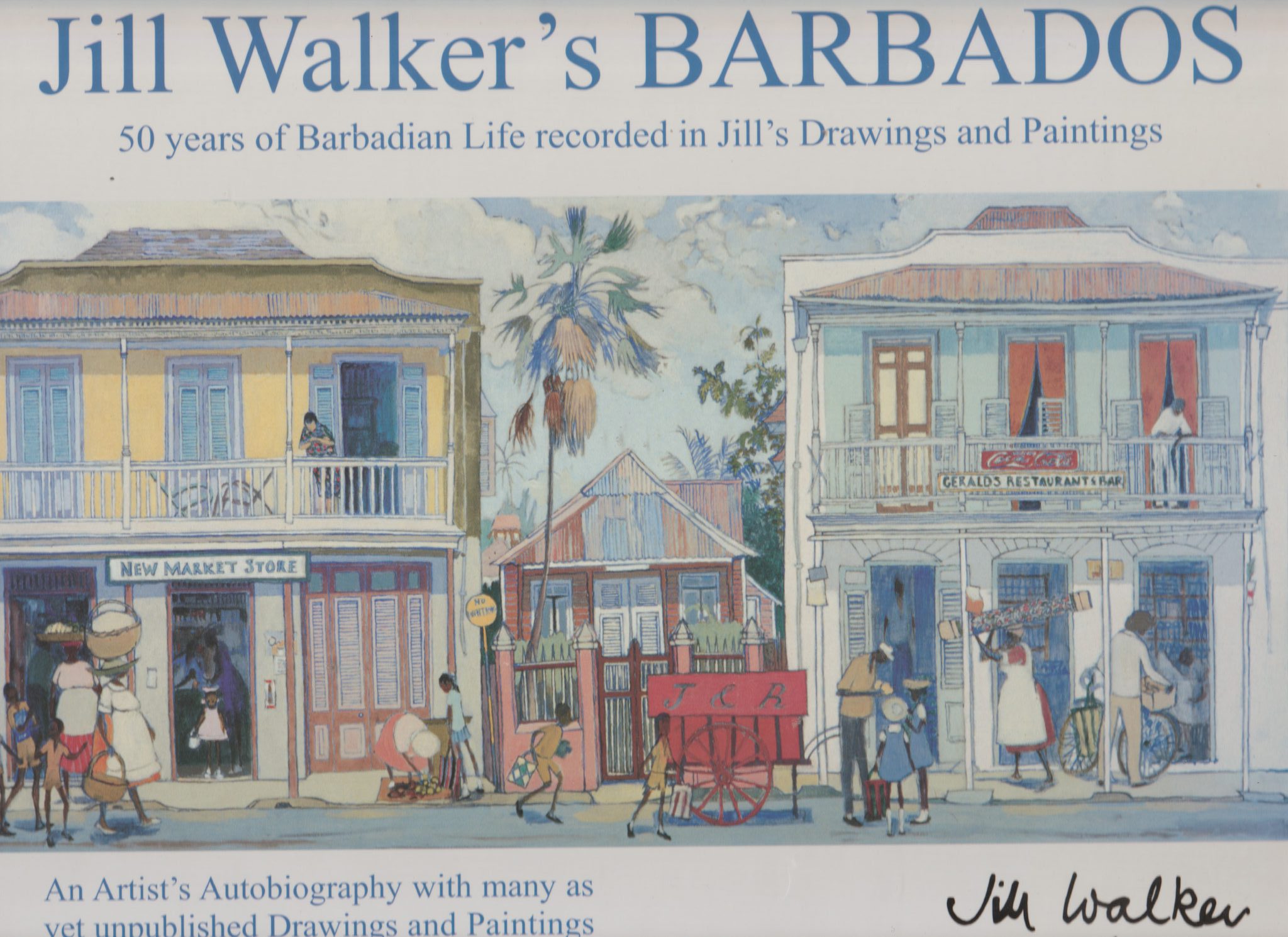